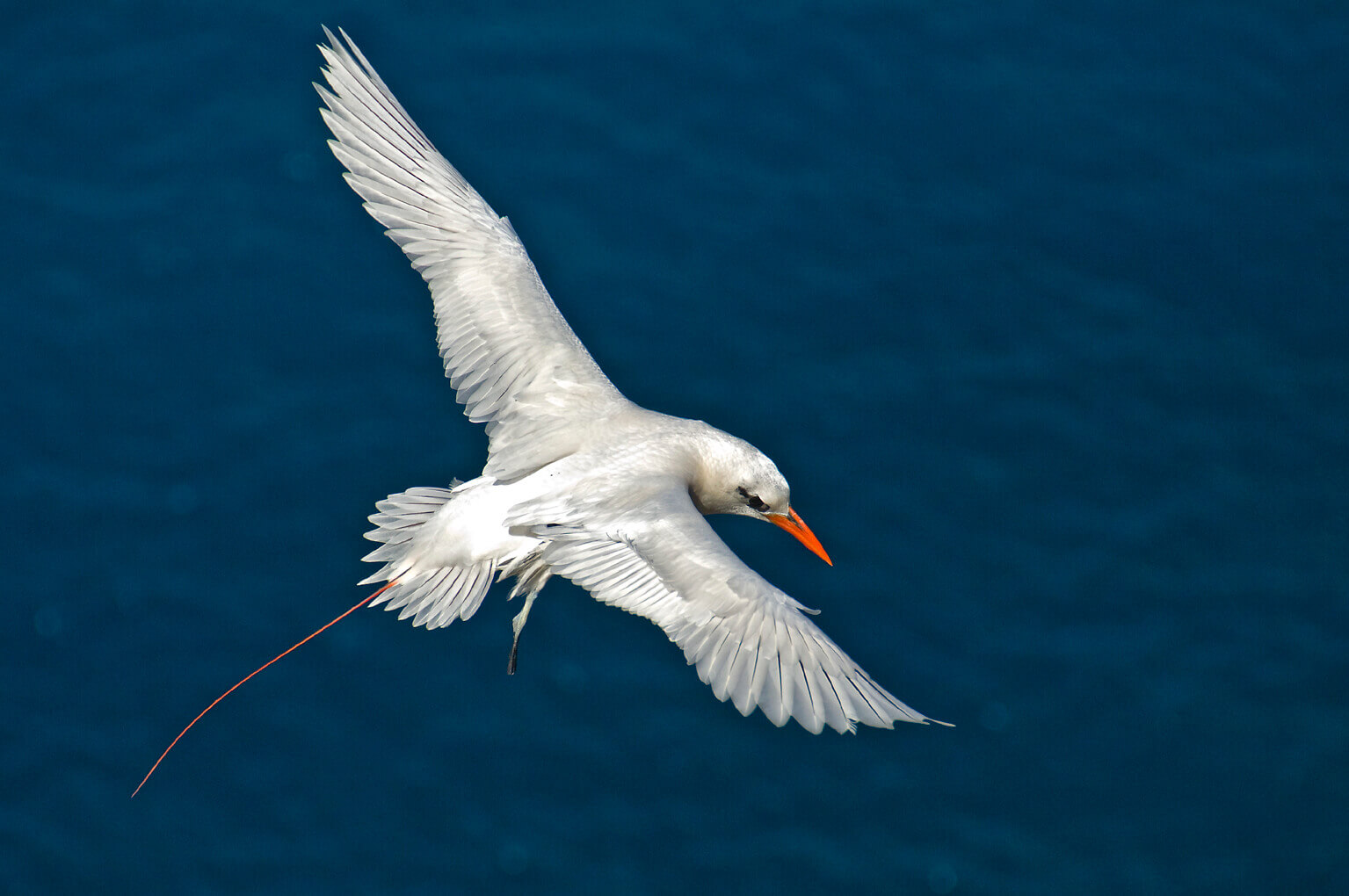 Lord Howe Island is Australia’s premier bird-watching destination, with 14 species of seabirds breeding here in the hundreds of thousands.

Between November to June, you can watch Red-tailed Tropicbirds performing their balletic, airborne courting rituals from the Malabar cliffs.

During the months of September through to May, countless Shearwaters (known locally as Muttonbirds) return to the island at dusk each day, in one of the world’s most extraordinary avian spectacles.

Walk the Little Island track between March and November to view the spectacular aerial courtship displays of the Providence Petrel. One of the world’s rarest birds, the Providence Petrel returns to the island to nest in the southern mountains and can be ‘called’ out of the air, landing at your feet!

Sooty Terns can easily be seen at Ned’s Beach common and the Northern Hills from September to January. Masked Boobies can be seen gliding and nesting along the sea cliffs at Muttonbird Point all year round – bring your binoculars.

The island also boasts more than 130 permanent and migratory bird species, among them the Lord Howe Island Woodhen – a flightless endemic species saved from extinction by a local conservation effort.

Many seabird colonies are easily accessible along walking tracks and roads – it’s often possible to approach quite close as most birds have no fear of man. Local guides can show you the best locations and provide information on different species.