Lord Howe Island is a remnant of a now-extinct shield volcano, dating back 7 million years and has been eroded to one-fortieth its original size. 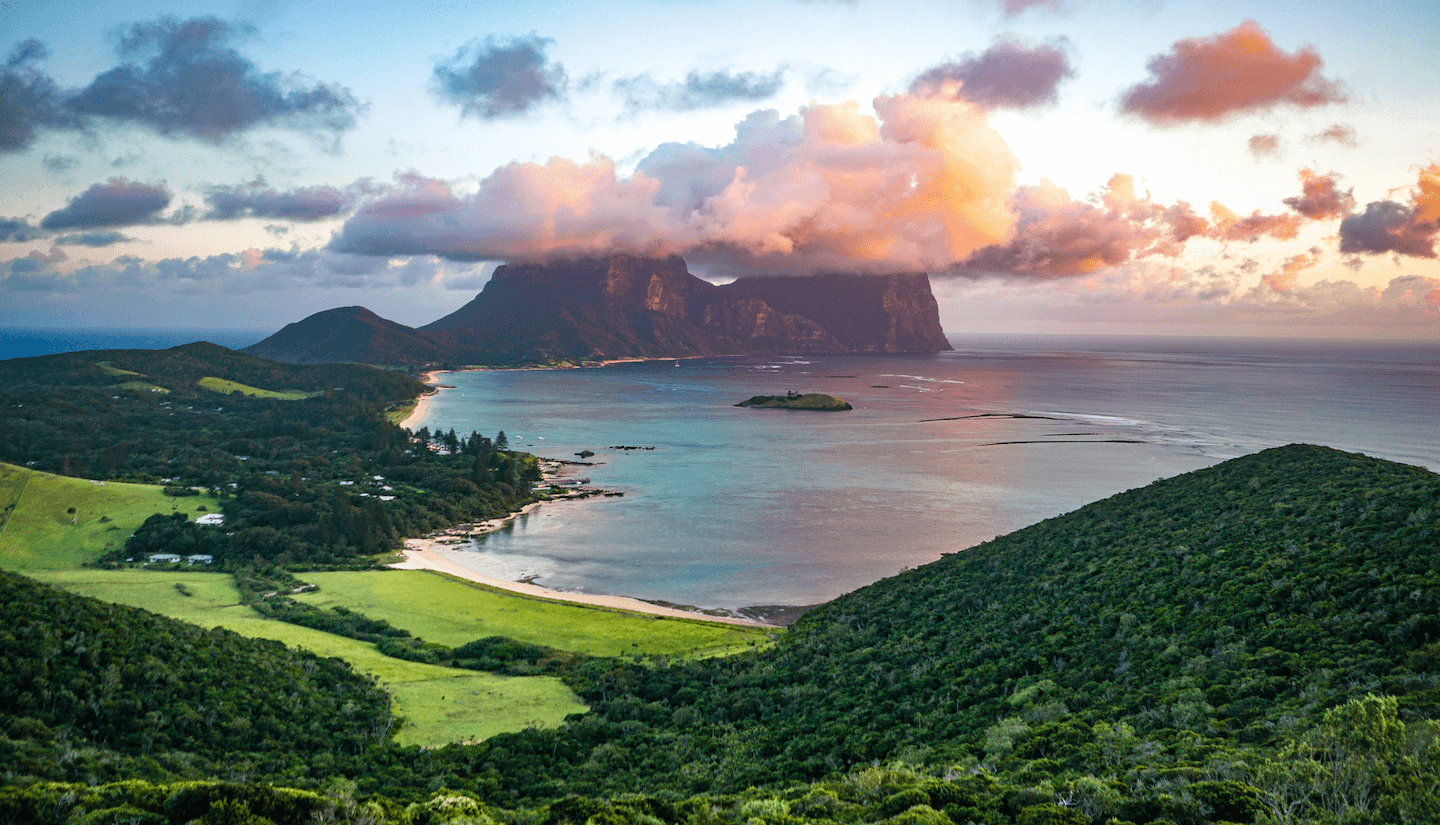 Balls Pyramid, Lord Howe and its islets form part of a chain of seamounts that extend north for 1,000km and are thought to be the result of the Indo-Australian tectonic plate moving northward over a stationary hotspot. The chain forms part of the undersea plateau known as the Lord Howe Rise.

The island itself is dominated by the basalt peaks of Mt Lidgbird, 777m and Mt Gower, 875m, at the southern end of the island – virtually all that remains of 6.4 million-year-old lava flows that filled a large volcanic caldera.

From the south, the island slopes more gently towards the north, with beautiful sandy beaches on the eastern and western sides, and a large portion of the island covered in dense forests. Spectacular cliffs buttress the eastern side, which offers dramatic views of the offshore rocks, islands and along the spine of the island south to Mount Lidgbird and Mount Gower.