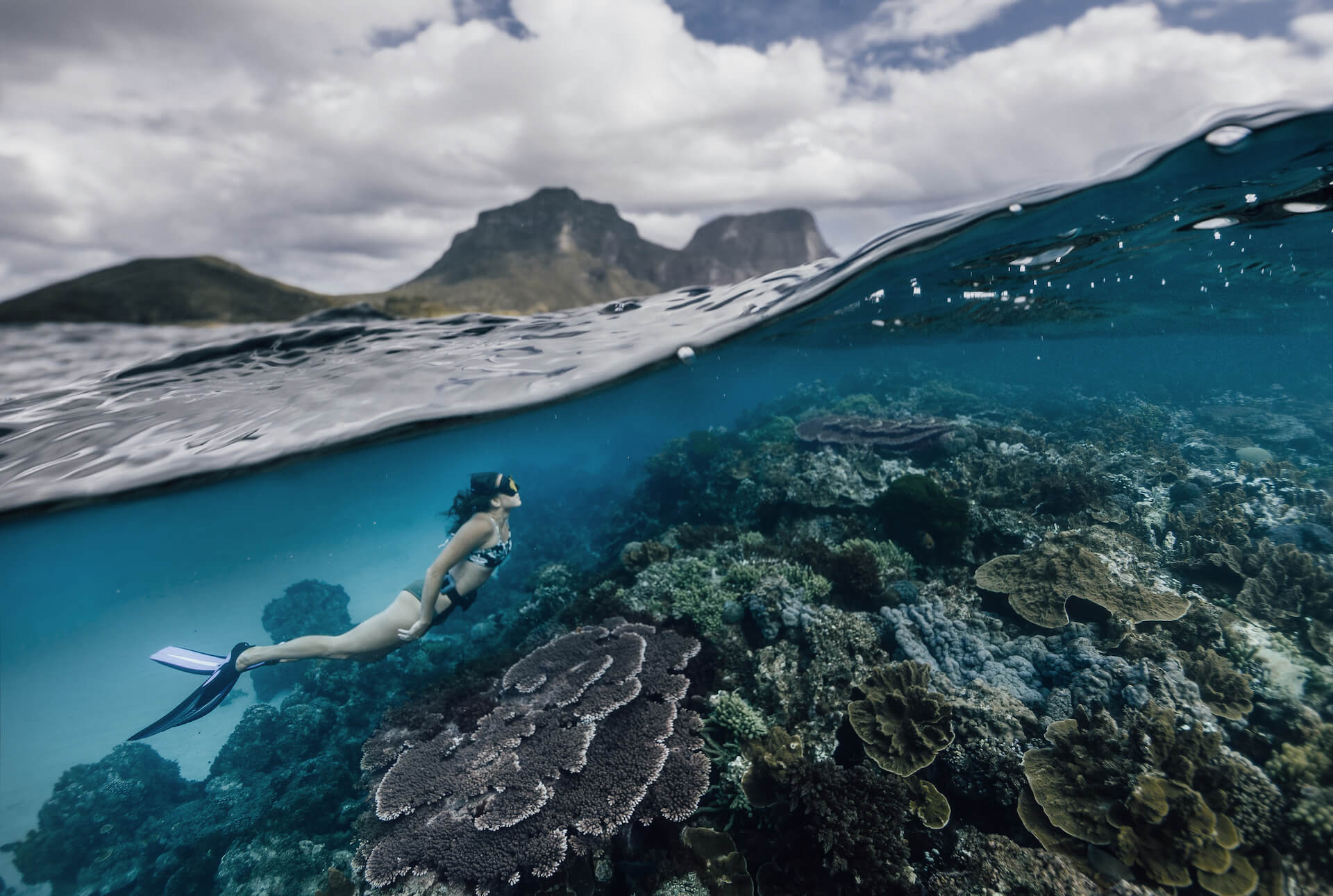 The Lord Howe Island Marine Park is an underwater paradise. Many of the diverse and colourful marine life that lives within the marine park are close to shore and can be seen while snorkeling.

The calm waters of the lagoon are ideal for kids. Paddle at the edge or snorkel above colourful corals just metres from the shore.

Hire snorkeling gear from the dive shops or at Ned’s Beach use the masks, fins, and snorkels stored there for the cost of a contribution to the ‘honesty box’.

Bodysurf at Blinky Beach, or swim in the open ocean at Ned’s Beach.